Cooking up some sheep for dinner is one of the things that Kyrgyz do best. I would say mutton, but really it’s just sheep. A big pot of sheep. You get used to it after a while, and it even starts to taste pretty good. I especially enjoy it when the power goes out and we’re eating in the dark.

Today we’re looking specifically at the sheep head (and legs). This is shortly after the cutting-the-head-off step which I thought I would spare all of you, and immediately following the neighbor-who-came-over-and-sliced-off-a-little-bit-of-the-raw-head-fat-for-tasting-to-see-if-it-was-any-good step. (I’m not entirely sure that one is standard.)

Yes, it’s a bit gruesome, but that’s what makes it fun, right? …right? 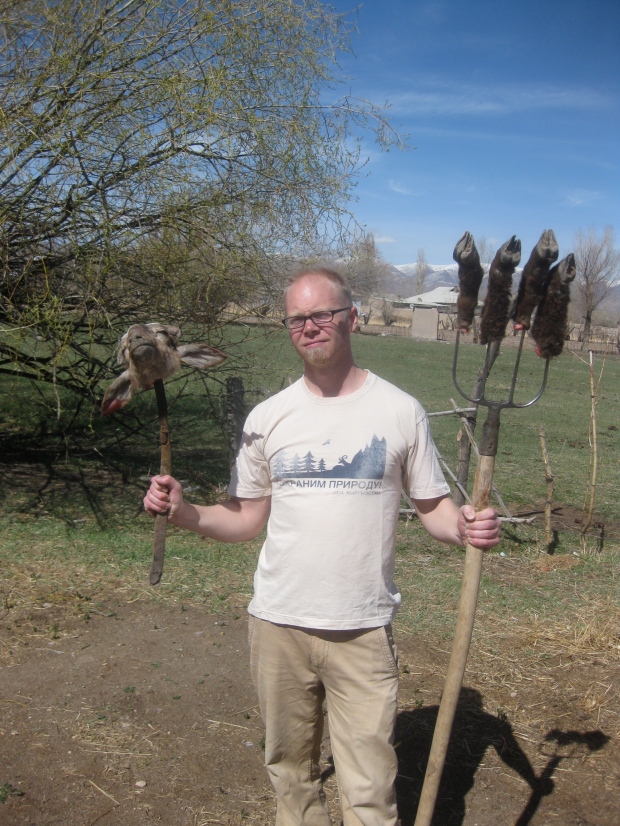 This is step one. Maksat took a break from lighting a fire inside of a bottomless, upturned bucket to snap this photo. The bucket acts as a kind of a makeshift blowtorch. Firing sessions are swapped in and out for the scraping of the burnt hair off the skin with a knife. After the firing comes the boiling.

Here Maksat is preparing the “torch.” 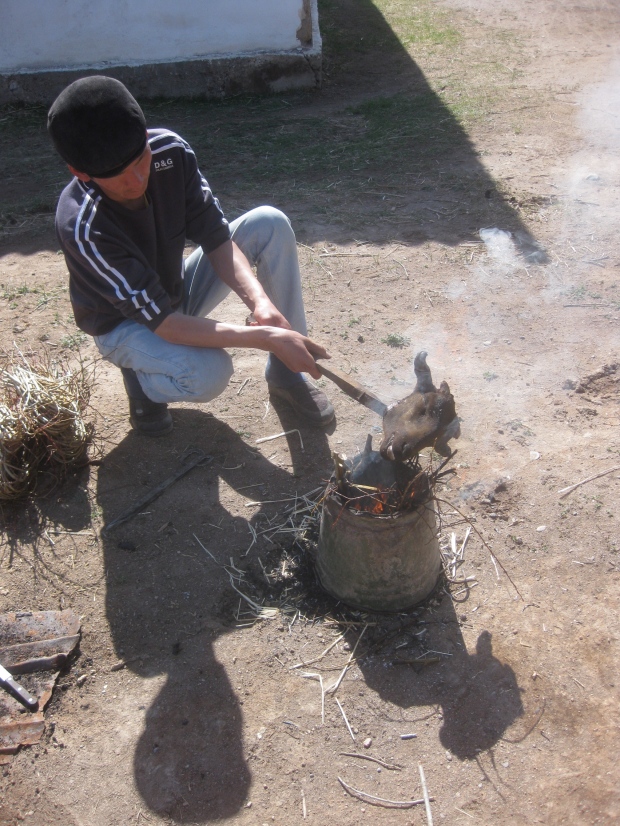 We had to keep yelling “white rabbit!” and hopping around the fire to keep out of the smoke of the shifting winds.

The head’s getting pretty close to done, but there’s still some scraping to do on the legs.

Now for some serious scrubbing with a rag and hot water. I think I might need to brush his teeth too. Next step, the boiling pot.