By request, I’m posting pictures of flowers in Kyrgyzstan. As a qualifier, I am no expert on flowers anywhere, much less in a place where all of the flowers haven’t even been classified yet.

There are incredible opportunities for those who love flowers to explore and discover here in the Kyrgyz Republic. I’ve even found a Dutch botanist on the internet who gives flower tours. You can check out his website here. (Not sure if the tours are in English or not.)

Here are simply a bunch of pictures of flowers I’ve taken so far. I need your help in identifying them! The only name I know for sure is that of the very strange koko or “Adam’s Apple” flower. Can you see why it’s called that? 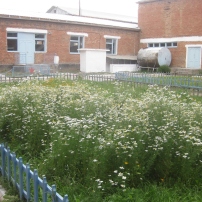 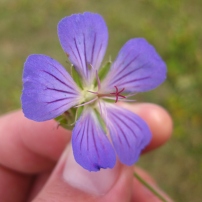 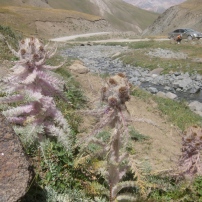 This is the “koko” or Adam’s Apple 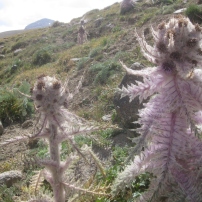 A boy clutches his mountain bouquet 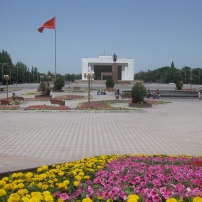 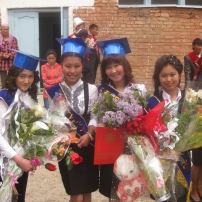 The potted plants in our classroom. 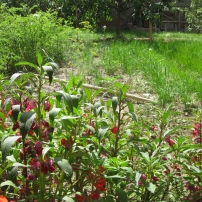 Joey and a TMNT dandelion 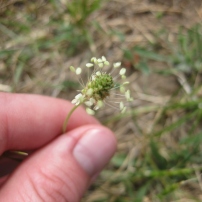 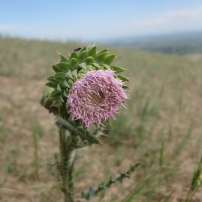 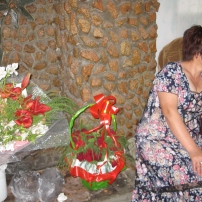 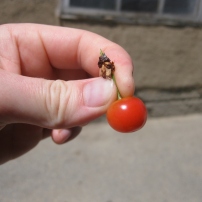 Not exactly a flower, but it looks pretty enough to be one!

Coming down in spring to the region’s center from my mountain village, it had been months since I’d seen grass like this. 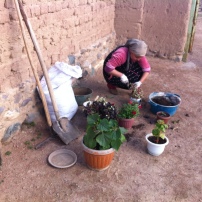 Nazgul potting plants for the summer.

I don’t uh…have a lot of experience identifying this one, but I think it may be grown as an alternative cash crop in some places.

“Makal” in the Kyrgyz language means “proverb.” Kyrgyz is full of wonderful and puzzling little proverbs – some that match common proverbs often heard in English and some that are real head scratchers. Most Mondays I’ll post one of the more fun ones for you. Let’s see if we can’t make some of these commonplace in America by the time I get back!

Without difficulties, there’s no reason to live

In this version of Makal Monday, we find ourselves in the middle of a Russian idiomatic saying. Russian culture has had indelible influence on present day Kyrgyzstan, and many of the truisms uttered in Kyrgyz have their origin in the Russian language.

My friend Maksat is yet another king of the proverbial turn and can match almost any circumstance to an image rich phrase. After spending 4 days and 5 nights with him up by the mountain lake Song Kol selling our souvenir Chuko Bones, I too found myself waxing poetic.

Our sales trip didn’t turn out to be the raging success Maksat had hoped. Dreaming of being able to pay off his car with a few short days of selling out of a tent, our long stretches of waiting in between customers gave him plenty of opportunity to reflect on life and just what it means to be going through it. What does it mean to struggle? What is resiliency? What have I learned? What did my father used to say? Where is it all going?

Standing over it all

Maksat’s had his share of difficulties. He lost his father while an undergrad and had to quit school to come home and take care of his mother and household. Shortly after his brother-in-law passed away and so he took on the added stress of helping support his sister who had two children and a third on the way. Because of the cultural duties of the funeral, they had to slaughter many of their animals further adding financial stress. In honor of his father, who had been a math teacher, Maksat enrolled in a long-distance learning program to obtain his teaching certificate and step into his father’s old position. But a teacher’s pay is meager and so Maksat’s been diligently searching for other forms of income.

“The hardship is good in some ways,” Maksat says, “You’ve got something to fight against, a problem to solve, a reason to keep on living.”

Maksat is torn in so many directions—should he try to find work abroad? If yes, where? How much does he want to push against the grueling application processes? How about getting set up with some credit and a new herd of animals? After all, he had scratched out a year and a half long plan of buying and selling cows. Would it be worth it? Or he could go back to school to pursue a PhD in mathematics and work at a university. And what about this Chuko Bones company? Could he make a go of it? Start exporting? Expand into other products?

Maybe it’s his mathematical mind that causes him to search for the proof that life is good and life has meaning. Or maybe he’s just trying to find the most logical path through it all.

During our conversations I chided him a bit on a few of his kemchilikter, or shortcomings. Why didn’t he just choose a path? He had “too many irons in the fire” (he liked that one), was putting “all of his eggs in one basket” (that one not so much), and somehow simultaneously.

We talked about “knocking on doors” and seeing which would open. I told him that sometimes though you just have to put your shoulder to one and push until it gives.

Maybe it’s that I see myself in that place of decision. Here Maksat had an especially good thought: “When you have a difficult decision to make, it’s not the decision that’s problematic. It’s the problem. Your difficulties stem from the problem you’ve found yourself in and making a decision is the way out.” Yet for me, I’m choosing between so many good options rather than trying to figure out how to get out. I’m not sure if that’s supposed to make it easier or harder.

Maybe it’s that we’re blessed by our difficulties. That the lessons we learn by going through them and emerging on the other side enrich our lives in ways we never could have imagined. Maybe it’s the fight that cures us, refining us as in a fire. Maybe that’s the answer, that through it all we find our purpose. 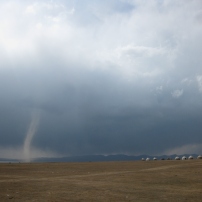 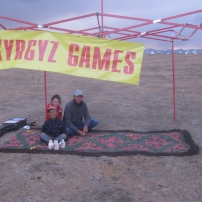 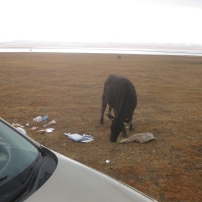